The Law Of Attraction – The Simplified Version. How To Get Anything You Want

The Law of Attraction. You’re using it every day. You may not realize this, but you are.

People tend to not believe in things that they don’t understand which is one of the reasons why the Law of Attraction gets such a bad rap. Very few people actually understand it or use it correctly.

This is about to change. I will uncover the secrets of this mysterious law and leave you in no doubt as to its power.

The Law Of Attraction – The Simplified Version.

When people talk about the law of attraction, they tend to talk about the universe. However, assuming you have no desire to leave the planet in the next “x” amount of years and go to the moon or mars, let’s talk about planet earth, our home.

How the law of attraction affects every person on earth.

Everything that you can see or feel has its own frequency. This is also known as vibration. The different arrangement and structure of those atoms in the object (or you), determines what the look and feel of that object (or person) is.

Are you with me so far?

Who says all this?. Was it some nutcase guru or mad person on a midnight mushroom trip?. no, this is science. Scientists know this, people who study quantum physics, or quantum mechanics as it is popularly known, know this.

These are intelligent people.

The Law Of Attraction – How It Works

So how can we make it work for us? How can we attract anything we want?.

First of all, if we go back to the tail end of the 19th century. It was Thomas Edison and Albert Einstein who said that it is possible that our brains can communicate with other brains. They both knew that the brain itself was able to communicate outside of our body through different frequencies (vibration).

Also at the turn of the 19th century, there existed Scotsman Andrew Carnegie, the billionaire American steel magnate, who with Henry Ford, founder of the mass-production car formed an alliance of men who knew this law well.

Both men also were familiar with Edison and Einstein. Secret societies existed in those days (and still do today) that teach this universal law to their members.

Andrew Carnegie commissioned a young reporter called Napoleon Hill to write about the laws of success. Hill wrote, “Whatever the mind can conceive and believe, it can achieve” his first book “The Law of Success” was a huge book and often referred to the law of attraction although it wasn’t popularly known by that name back then.

A “watered down” version was later released known as the now famous book “Think and Grow Rich”. It was thought at the time that Henry Ford did not want everyone to be aware of the law of attraction as this would cause quite a stir amongst the “working classes” and could cause an uprising in the factories with people demanding better things.

At the time, the ruling classes believed that starting a business and obtaining wealth was only for the bloodlines (DNA) of wealthy families. The ordinary working-class person of the day was expected to work for someone else until they retired or died.

The Law Of Attraction – The 21st Century

Today, anyone can be successful. The old outdated attitudes of the past are dead and buried, but are they?

Let’s be honest. None of this is taught in school. Business and becoming an entrepreneur are only taught in business school. It’s not a part of the general school curriculum. School is for teaching you to read, write, pass tests and learn how to get a job. That’s basically it.

Who owns most of the schools?. The government of course. The ruling classes.

The Law Of Attraction – How Can I Make It Work ?

Now you understand how people and objects emit vibration (frequency), let’s get into how to make it work for you .

Remember this quote from Napoleon Hill’s 1937 famous book “Think And Grow Rich” – “Whatever the mind can conceive and believe, it can achieve” ? well Earl Nightingale published a book twenty years later in 1957 called “The Strangest Secret” and he said “you become what you think about most of the time”

We know that the way that positive & negative thinking affects your outcomes in life is linked to the Law of Attraction, the proof is there throughout the industrial days of the late 19th century, the words of Edison and Einstein, and the 20th-century publications written by Earl Nightingale and Napoleon Hill.

It is further backed up today by prominent figures such as Dr Joe Dispenza and the late great Jerry & Esther Hicks.

So, let’s get down to business.

Your brain has a series of neural pathways. These neural pathways are ingrained into your brain through constant repetition. For example, your daily habits would be similar to a groove cut into a vinyl record. Your brain understands and comply’s with this habit (or groove) and attracts what it thinks your thoughts are telling it.

Your brain cannot tell a lie from the truth. You are either growing and expanding mentally or stifling and poisoning your central thinking system. You choose which by the quality of your thoughts.

Why is this important?

I’m assuming you want to learn how to create good things in your life. This is not possible while thinking negative thoughts. Your anger, judgemental and critical thoughts are coming back directly into your life and producing more of the same for you.

Think of your brain as a radio. How does a radio work?. It works by setting the dial to the right frequency so you can hear the sound you want. The brain is the same. your brain not only receives signals (frequency, vibration), but it also transmits signals (Edison, Einstein).

You are a FREAKIN Miracle and I bet you don’t even know it..

So, we already know via modern-day science and by certain large-scale industrialists of the late 19th century that the Law of Attraction is REAL. How can we use it to bring good things into our life?

The Law Of Attraction – The Action Steps

You may have heard the term “cosmic ordering” from the 2006 movie “The Secret” This was Joe Vitale describing the universe as some kind of catalog. In my opinion, terms such as this do not do The Law of Attraction any justice as it tends to make the law sound a little unbelievable.

Saying that, I have a lot of respect for the cast of “The Secret” as each member of this documentary is a renowned professional in the field of personal development, and some had scientific backgrounds.

Remember the quote from Napoleon Hill’s Think and Grow Rich, “Whatever the mind can conceive and believe, it can achieve”?. Well, this is the beginning of the process to achieve anything you want.

Step 1. Think of something you really want. This could be a physical item such as money, a car, a house, or it could be a relationship, perhaps you want to feel well again, whatever it is, DECIDE that this is what you want and BELIEVE that you can get it.

Our goal here is to bring what you want into your life, believe that you can have it and to be as receptive as possible to attracting it, in other words, to feel it into existence, to always feel good, right now.

Now imagine the very thing you want in your mind’s eye (see the item, or ideal situation, a romantic dinner with someone, a car, a million dollars, whatever it is for you). Now see yourself in the picture as if you already have it.

This is important. Don’t see it in your future, see yourself achieving it right now.

Step 2. Feel good right now. Feel the excitement, the pleasure. Now see, smell, hear, and touch everything in the picture. See it as if you’ve already achieved it. The excitement factor should now be releasing a pleasure chemical (serotonin) into your brain. You are now vibrating on a frequency ready to attract that object or situation.

You don’t need to know that. Let the Universe sort that out. What will happen is, you will be shown the “how” by the universe, the universe will make way for you to receive it. As long as you keep vibrating on that frequency.

All you need to do is now ACT on the signs given to you from the Universe. And there will be signs. Follow the signs (your gut feeling) and you will achieve the desired result.

Keep your desire in mind as often as possible, use this technique of thinking and feeling several times a day, or when possible. Always, always do this with the goal in mind to feel good NOW!. This is the No1 goal, feel good now.

Will this work for you?

It depends on whether you can truly believe that you can achieve your goal. Without belief, it won’t work. If you doubt something, you can’t believe in it at the same time.

What I know is what I know, and I know this works. When I open my mind up to a situation, when I see it happening in my mind’s eye (to me), when I immerse myself in the picture and FEEL it happening, whilst I’m feeling good right now, the very thing I want will show up..

NOT on my doorstep delivered by some invisible force..

But, the signs will be there. If it’s a person, our paths will cross. If it’s money, the method to get it will show up, if it’s a relief from pain, the way will appear.

I hope you enjoyed this post. It went Waay longer than I expected. I hope I explained this in a simple, easy-to-understand way and I really hope you get what you want.

If you want to know more on how to put this to use, my friend Rebecca Collins has a new book out which you might like.

P.S People who liked this post also liked this one – The Law of Attraction, What the Secret Societies Don’t Want You To Know 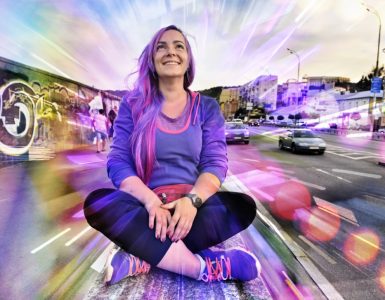 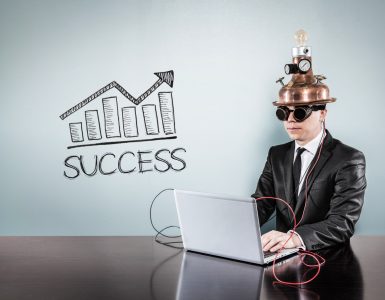